Some Boons of Opting for a German Language Course 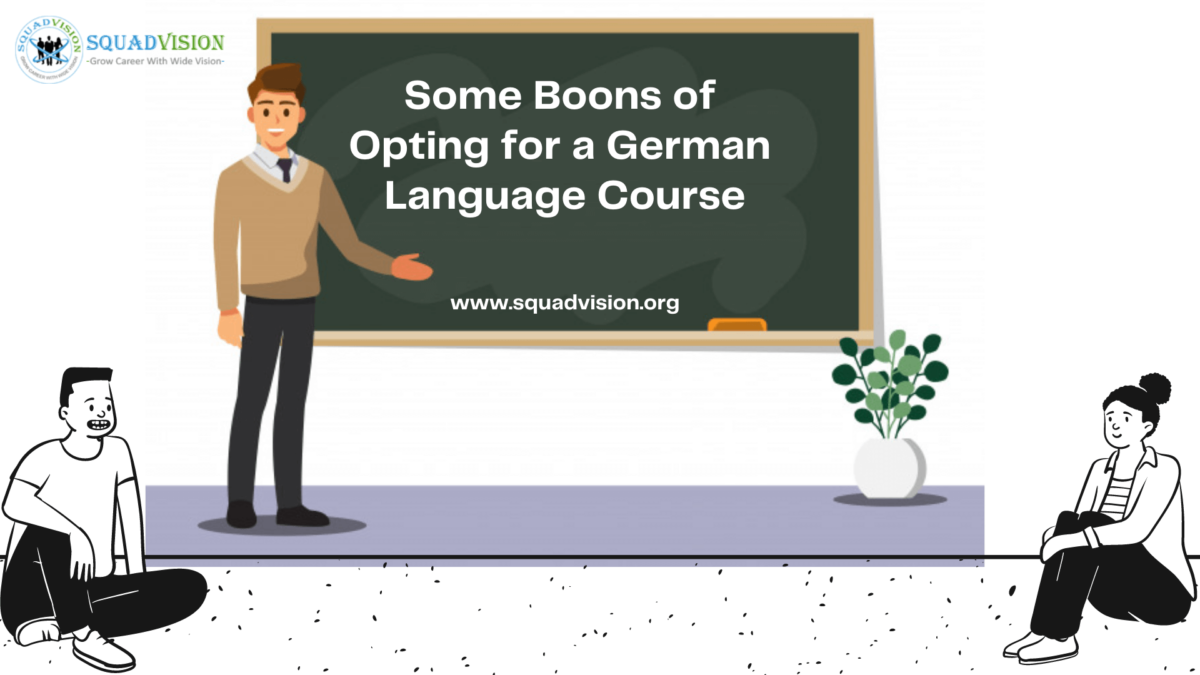 You can easily go for German language coaching from the Squad Vision as it is the best tuition center for German language.
The age of 18-24 is the age of decisive development in terms of your future. Everyone which lies in between this age think of choosing different career-oriented paths according to their different interests. The option of learning foreign language is also one of them.
Further in this blog, we will throw some light on how learning the language German is proved to be a boon in making your career in an apt direction.

Many universities out there are offering some courses which are definitely proved to be beneficial in the development of your future. Hence, learning German language course is considered advantageous for your better tomorrow. Education related to medical, engineering, art and culture, literature, music, etc. are achievable after learning the language German. Hence, you have to understand this apt saying i.e. Education is the best investment. Invest fairly and get the best results out of it.

Not only in foreign countries but in India also, you will be able to acquire some life changing jobs like a German language mentor, tourist guide, translator, and, what not after completing all the levels of the language. The good mentor and a best German language coaching in Varanasi can help you out learn this language in a more efficient way.

Some outstanding MNCs are ready to hire you on-board if you know how to speak, read, and, write the language German. Not only jobs, German speaking countries or cities are good for doing business also as these places have a good economic and development rate.

The trend of startups is also taking boom these days. And let me tell one truth, the city Berlin is also called as “the city of Entrepreneurs’’, hence the German cities have enough amount of investors to make you rich, you just need to concentrate on learning the language first, then show your skills.

The German language course is career-oriented for sure. But do remember to learn it from a reputed coaching center in Varanasi. Remember the name that is Squad Vision from where you can learn the language German under the supervision of skilled and experienced mentors. Our utmost priority is the student. We are guiding them since long and promises to guide them for long.