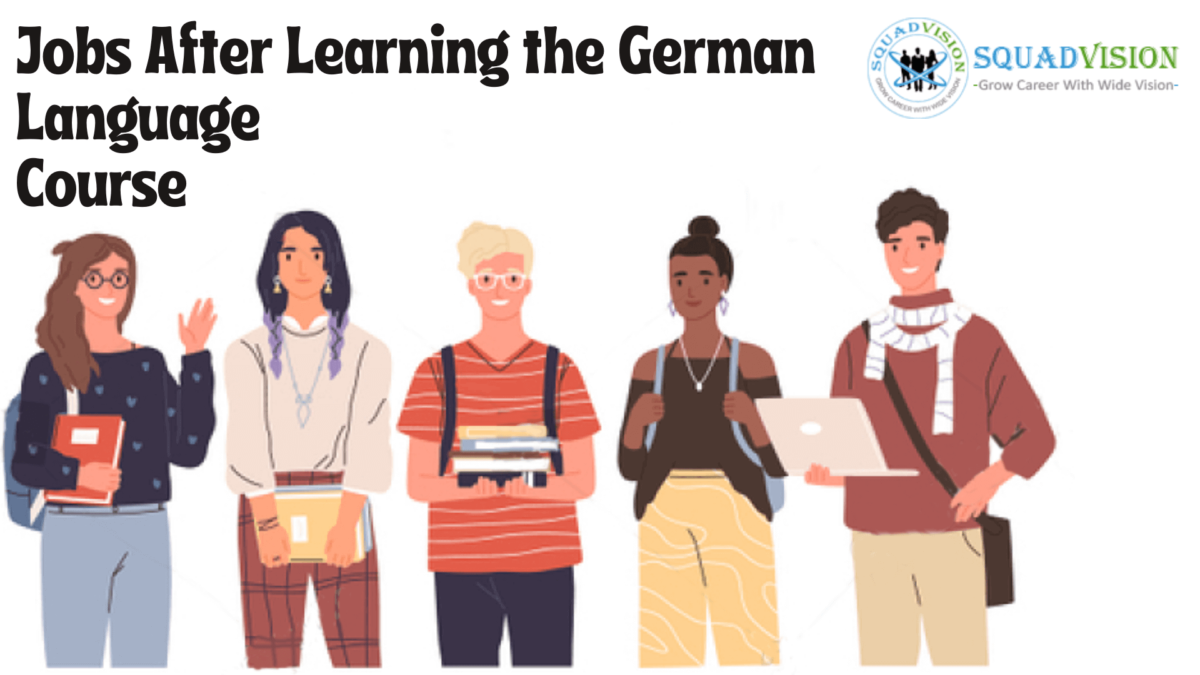 The German language coaching from where you are learning the language is decisively responsible for making you believe that you have chosen an apt sector to go further and make your career shine in the best way possible.
Moreover, in this blog, we will discuss the three topmost points related to job opportunities after the German language.

This comes first in mind. The profession related to teaching is very easily and vastly available if you are a trained German Language tutor. In India, the demand for such kind of teacher is so high. Hence, you will face less competition in getting the job.

But do remember to first get the command on the German language course from only a prominent German institute in Varanasi named Squad Vision.

Listed as one of the most captivating jobs out there after learning the German Language, work related to translator or guide for the backpackers is the one.

The job of the translator may also become much reputed as the government used to introduce many vacancies and if we talk about the job of a guide, you become more interactive, jolly, and, outspoken during this job as you are supposed to meet new people on daily basis.

Note – Do remember to choose the institute wisely, considering every single aspect in mind while for the best German language coaching in Varanasi.

Yes, it is considered that learning any other language is not so easy job to go with. But always be sure of yourself. That is why it is suggested by the industry’s experts to choose Squad Vision for learning the German language in Varanasi as we are holding the crown of the highest student satisfaction number so far.